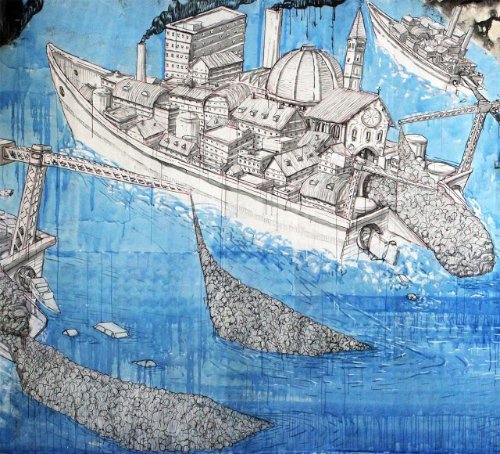 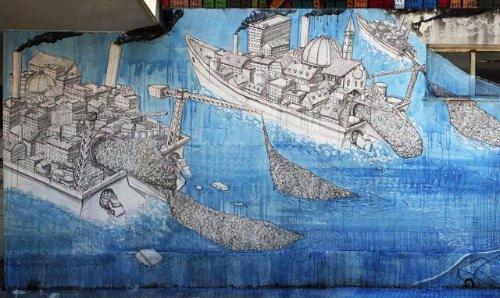 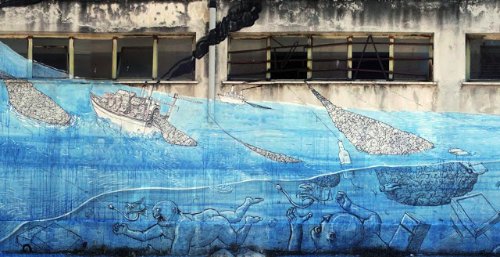 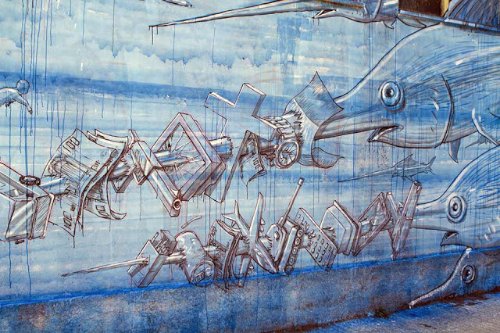 Blu recently stopped by the beautiful island of Sicily where he spent a few days working on this new mural in Messina. Painted at the Teatro Pinelli Occupato, the former home of the Port Authority, the Italian artist dropped yet another epic mural inspired by the story of Messina. Between ships and swordfish, Blu’s symbolism stands clear, denouncing the evil of human’s condition in today’s society.