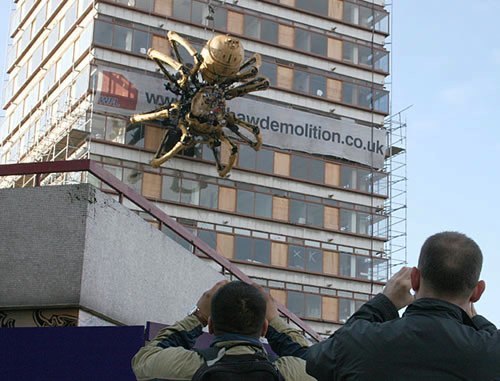 The 37-tonne beast heralds the start of a five-day piece of street theatre as part of the Capital of Culture year. It has been built by French company La Machine, which in 2006 brought the streets of London to a standstill with the Sultan’s Elephant.

The spider is believed to be “waking up” on Friday.

It will descend from its current position on the side of Concourse House on Thursday to be moved to the city’s new arena, before coming to life on Friday. The creature will then begin exploring the city later that evening.