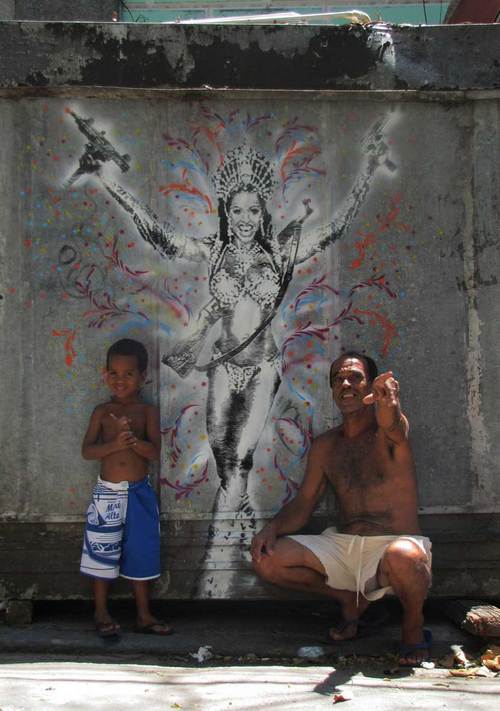 The sadness and the happiness that walked side to side. The carnival that is celebrated in Río de Janeiro is famous for samba’s schools which parade opposite to the spectators named “sambódromo”. The complete city transforms in what goes from the second week of february to celebrate the carnival. Throughout the world known as “carnival of Río de Janeiro”, the most attractive popular and tourist of brazil. In Brazil also dies an average of 100 persons a day, which turns to the country into the world champion into absolute number of deaths of this nature, overcoming to countries in conflict as Irak, Israel / Palestina and Colombia. Only the Brazilian state of Río de Janeiro accumulates 7.027 violent deaths between January and November of 2009, as has reported the regional government. The police of the city kill three persons every day in R.J. The images of this artwork generated polemic in the opinions reflected by the local mass media. Painted en February, 2010 in Brazil with great acceptance on the part of the people who understood that the sadness and the happiness travel side to side in the daily life of the Brazilians.